The emerging talent of Tom Davies has everyone excited at Everton Football Club and it’s not just his first senior goal in the 4-0 thrashing of Manchester City that has people talking. 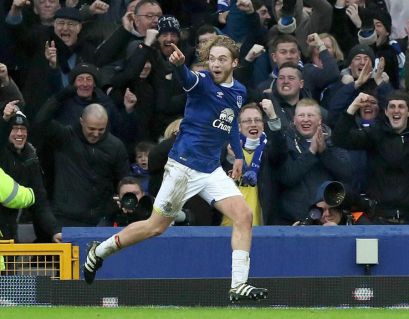 Everton are in a good bit of form so far this year – taking 10 points from a possible 12 and keeping up an unbeaten run. Koeman has changed up his formation, preferring a 3 man defence and allowing Baines and Coleman to push further up as wing-backs. However I think it is down to the home-grown talent of Tom Davies that has made the vital difference. After Idrissa Gana Gueye left for AFCON duties, Tom found his hard work for a place in the starting XI had paid off. We have seen glimpses of what he could bring to the game in a smattering of appearances but the impact he has had on the team with some regular game-time is astonishing.

What I mean about having an impact on the team doesn’t just mean goals and assists – take a look at Ross Barkley for example. Having come through the Everton academy and showing some real potential, the media quickly jumped on him and began to pile on the pressure labeling him as the next big English star and, at such a young age, it seemed to get to him. The first half of the season was poor, no consistency, his decision making was diabolical and his weak performances lead to him losing his place in the team a number of times. Now with the introduction of Davies, the limelight has suddenly shifted off Barkley and that is exactly what he needed. The pressure has gone, he no longer has to listen to what the media has to say about him and he can finally just concentrate on his football. Over the past few games Barkley has consistently put in some good performances (perhaps he was a bit off in the Stoke game but he was still better than he was last year) and we can finally see our Diamond progressing. 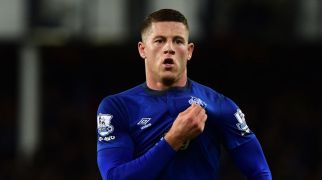 Now you may be wondering “well, isn’t all the pressure gonna be on Davies now?” Nope, and do you know why? Koeman. One of the worst things Barkley has to deal with was Roberto Martinez singing his praises every game and fueling to the media hype, but you won’t get that with Koeman. We have already seen he likes to speak him mind and if a player plays bad, he will tell them. Ronald Koeman will shield Tom from outsiders expectations and just tell him what he needs to do to make a good career for himself and, I don’t know about you, but Ronald Koeman does not look like the kind of guy you want to be on the wrong side of…he’ll probably take your locker of you…*cough*niasse*cough*…

Having made 9 appearances this season (starting 4), having a goal to his name against Pep’s City and a couple of assists to go along with that, Tom Davies is looking a real prospect and is definitely someone for Evertonians to be excited about especially being a local scouser as well. He is under the right management and is going to continue to impress. I don’t know how Koeman will fit Schneiderlin, Gueye and Davies in the squad but it’s a nice problem to have and they even have Besic to return soon..

It’s Bournemouth next and I have a sneaky feeling Tom might even get his second of the season.