Every now and again there is that one player. The local lad born and raised to become the legend of his boyhood club. That club – Everton. That Lad – Ross Barkley.

The 21 year-old attacking-midfielder from Wavertree is becoming a wasted talent at Everton. There is no leadership or direction for the squad under Roberto Martinez and the Diamond that all Evertonians sing about is at risk of becoming tarnished. Get the ball…pass back. Get the ball…pass out wide….then pass back. This is the style of play that Roberto’s teams are forced to adopt, and while it resembles the philosophy of a team like Barcelona, the manager needs to realize that he’s not in Spain and not a single player in the Premier League can truly benefit and flourish under his tactics. 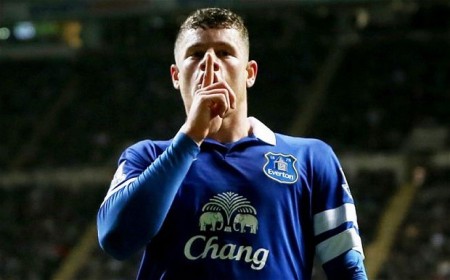 The Merseyside derby was not a great night for blues by all means, but the one thing that stood out for me was Ross. Maybe it was because it was the derby or maybe it was because he had finally ignored Roberto’s instructions but Ross was the only person in that whole Everton squad who looked as though they could create a chance… and what does Martinez do? Subs him… You don’t even have to be an Everton fan to realize that the Spanish Gaffer has lost the plot. Barkley’s face said it all as he walked off the pitch and if rumors are to be believed, Ross wants out of the club if Martinez stays in charge. It is slightly hard to believe that the Evertonian would leave his boyhood team just because of the manager but maybe it’s just that bad behind the scenes…but lets just hope he is saying it to speed up the process of the boss being sacked. Personally I think he will be gone by next week whatever the result on Saturday. 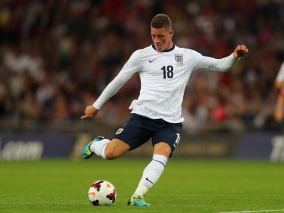 Ross is a versatile player but I think he needs some room to run at the defense and work his magic so sitting slightly deeper than he is used to may benefit him. Him like every other player needs confidence and if a new boss can come in and polish up the Diamond he is then he will be hitting double figures every season. It was sad to see the tunnel cam at Wembley and hear him having to be reassured by Jagielka that the fans weren’t booing him but he does have to realize that the fans are angered by the style of play Martinez has brought, not the players who are being forced to adopt it.