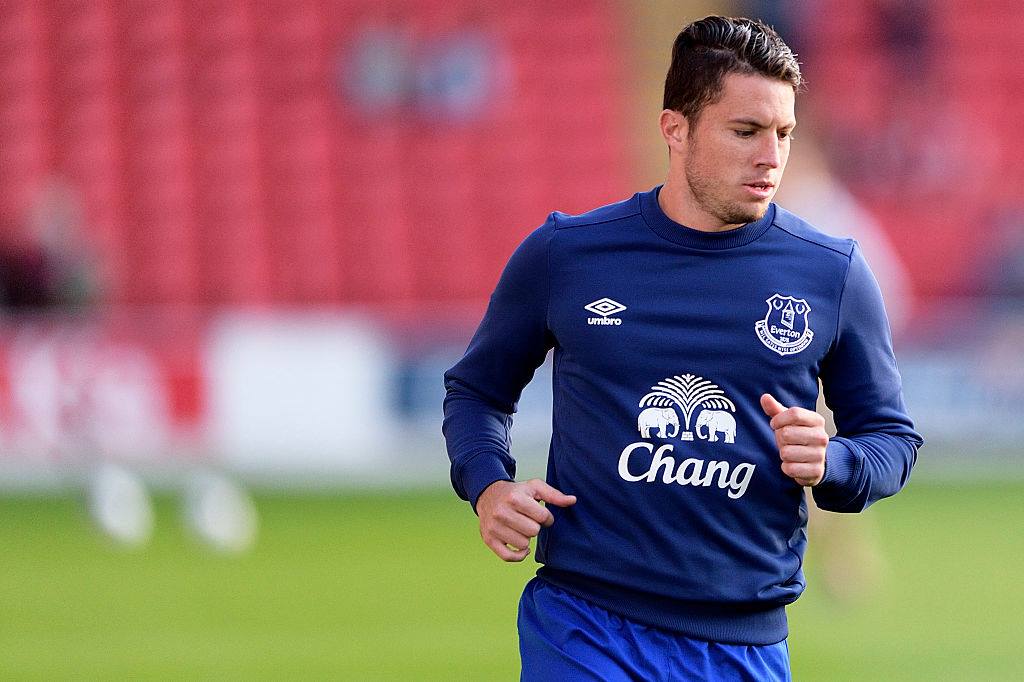 The F.A cup. The competition where low league teams have a chance of performing on the big stage. Another classic cup tie was upon us today as League Two side Dagenham and Redbridge were set to play Premier League opposition in the form of Everton FC. If we were going off statistics, there was only one team that looked likely in progressing in the competition, but as we know the F.A Cup is a free-for-all and anything can happen.

Everton, who have been, lets say… a bit.. ‘Shaky’  at the back during the course of the season so far, saw the return of club captain and England International centre-back Phil Jagiekla who has been sidelined for the past two months with an injury. Steven Pienaar was also set to return after his own period of absence out from the squad due to re-occurring injuries. Both players hadn’t been expected to finish the full 90 mins of the fixture but a head injury forcing the summer-signing defender Funes Mori to be substituted early meant the blues manager was left to leave Jagielka on for the games entirety. An expected solid performance against the League Two side was given as the Toffee’s back four were able to keep their shape and composure over the course of the match, whether it was down to the experience of the returning captain or to the commanding presence of Spanish goalkeeper Joel Robles, who could be heard yelling instructions to his team for what felt like the whole game.

It took 32 minutes until the deadlock was finally broken and it was a Bryan Oviedo free-kick that was headed in by Evertons No. 9 Arouna Kone, who got his 6th goal  of the season in all competitions. A late penalty proved to be the final nail in the coffin for Dag & Red as Kevin Mirallas quick feet caused him to be brought down by Nosworthy in the box in the 85th minute and thus gave Everton the 2-0 win.

It was a game of few chances for Dagenham as the couldn’t register a single shot on target and the only real opportunity came from a free-kick 5 yards outside the box which ended up rising just over the crossbar, however a well-organised back four of Passley, Worrall, Hemmings and Dikamona did well to resist pressure from the hosts and they were able to minimize the amount of chances the blues could work together. The Daggers put up a resolute display and gave it a lot of fighting spirit but in the end it wasn’t enough for them to progress.

It was another close race for the Man Of The Match winner with Mo Besic putting in another great shift as he controlled the field of play, closed down attacks and even made his own attacking runs well into the dying stages of the game. If it wasn’t for a head injury cause by a frantic attempt to latch himself onto a ball in from the corner flag, then Funes Mori was another in contention for the award as once again, solidity was his main focus for his defense as he worked well with his team mates in neutralizing any attacking play from the opposition and he also forced the Daggers goalkeeper Cousins to make a brilliant diving save from a blistering 25 yard shot by the Argentine International. However it was returning Bryan Oviedo who claimed the accolade with a solid performance as a make-shift right-back who also assisted in the first goal. His desire to track back to cut out any forward play by the opposition was exceptional and he also had the energy to make numerous runs down the wings to assist in the attacking play which in the end, was what caused the downfall of Dagenham and Redbridge. In the words of Roberto Martinez, he was phenomenal. It was a routine win for Everton but they hope to continue their winning form into their next midweek game against Manchester City.